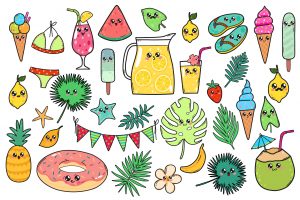 Diet plays a major role in delaying the progress of macular degeneration. It will be a major topic explored on this website.

Age-related macular degeneration (AMD) is a disease in which the macula (the central part of the retina) begins to degenerate, resulting in distortion or loss of central vision.

It typically occurs in older populations, hence the name.

According to the American Academy of Ophthalmology, there are two types of AMD—dry AMD and wet AMD.

Dry AMD is the most common, affecting about 80 percent of those suffering from this disease.

It occurs when parts of the macula become thin and tiny pieces of protein grow (called drusen).

Wet AMD is identified by the growth of new, abnormal blood vessels under the retina.

These vessels will leak fluids (blood or others) which leads to macular scarring.

Unfortunately, there is no cure for AMD at this time, but it may be preventable, and if you already have it, there may be a way to slow the symptoms.

Your nutrition can play a huge role in preventing this disease.

Certain micronutrients have been shown to play a significant role in preventing or contributing to AMD.

In a study published in the August 2001 issue of Archives of Ophthalmology, researchers found that certain fats found mostly in junk foods contributed to AMD.

This study showed that eating these junk foods may increase your risk of AMD.

Another study found in Investigative Ophthalmology & Visual Science reveals foods that are higher on the glycemic index, like refined carbohydrates, are associated with a higher risk of AMD.

A refined carbohydrate can best be described as any sugar or starch except for those that are natural, whole foods like a piece of fruit, sweet potato, lima bean, etc. Some examples include:

Many studies have shown the significant impact of these foods on the development or worsening of AMD later in life.

Not only do you need to avoid these foods, you also need to be proactive in consuming certain foods to prevent or slow the development of AMD. 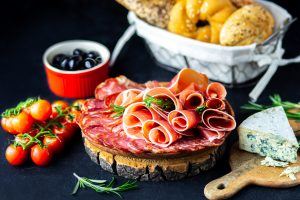 While certain fats are important to avoid, omega-3 fatty acids were found to play a protective role against AMD.

Docosahexaenoic acid (DHA) and eicosapentaenoic acid (EPA) are two omega-3s that were found in a 2014 study to have a preventive role against AMD.

This study tested the blood serum levels revealing a significant association between DHA and EPA consumption with a lowered risk for AMD. Omega-3s are found largely in fish, flaxseeds (ground for easy absorption in the body), chia seeds and walnuts.

Certain carotenoids that are already found in the retina are beneficial when consumed to aid the eye’s function.

Lutein and zeaxanthin have antioxidant properties which help to fight against free radicals in the eye.

They do this by improving pigment density in the macula which absorbs excess blue and UV light, thereby neutralizing the free radicals.

Unfortunately, even though these specific nutrients can be found in many fruits and vegetables, we hardly get sufficient amount of these nutrients for our eyes.

Zinc and vitamins A, C, and E are important as well.

Zinc can be found in red meat and shellfish, while vitamins A, C, and E may be found in a variety of plant-based foods including fruits, vegetables, seeds and nuts.

Listed below is an easy reference for what foods contain specific nutrients.

Remember that when buying these foods, they should be high-quality, organic versions for optimum nutrition.

Avoiding or consuming certain foods is not the only way to prevent macular degeneration.

Don’t smoke
Smoking is one of the largest contributors to AMD.

According to the British Medical Journal, smokers are four times more likely than non-smokers to develop macular degeneration.

Another study found that even if you have quit smoking, you are still more likely to develop AMD than those who have never smoked.

What’s the bottom line? Don’t smoke, and if you do, quit now to reduce the risk.

You have to take some form of supplementation, but again, make sure it is high-quality or you will be wasting your money.

Exercise and maintaining a healthy weight
This seems to be the response for preventing many diseases, and it is no different for AMD.

The British Journal of Ophthalmology found that those who exercise regularly are at a reduced risk for AMD by up to 70 percent! In this study, leading an “active lifestyle” was defined as having walked at least two miles per day at least three times per week.

Blood pressure and cholesterol
Some studies have found that maintaining a healthy cholesterol level can protect against macular degeneration.

Without cholesterol blocking your arteries, your eyes will be able to receive appropriate blood flow for maintaining eye health.

Sunglasses
Remember how we mentioned that lutein and zeaxanthin help the eye to absorb UV and high energy visible (blue) light? Wearing sunglasses can help keep those lights from entering your eyes in the first place.

These sunglasses need to state that they protect from these lights or you may be spending money on sunglasses that will not help your eyes.

It has not been specifically shown that UV and blue lights will directly cause AMD, but one study found that the combination of overexposure and low antioxidant intake led to a higher risk of developing AMD.

The current recommendation by the American Academy of Ophthalmology is that you get a baseline comprehensive examination at 40.

Those with risk factors for eye diseases, including AMD, should see an ophthalmologist before age 40.

After this baseline is established, the doctor will recommend a regular schedule for exams.

As you can see, even with a family history of AMD, it can be slowed or prevented through proper nutrition and taking care of your eyes.

Just like with many other areas of health, prevention is key.

Nutrition typically plays a major role in prevention, so be intentional about what you eat! This is important for your overall health and quality of life!